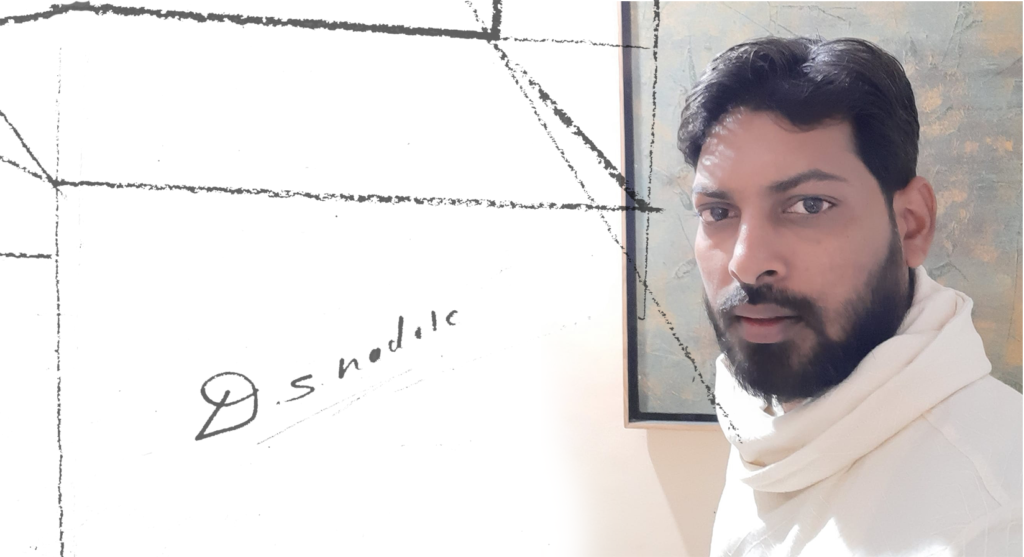 Dhiraj Hadole is a contemporary  artist  based in Mumbai. He is a graduate from sir jj school of art Mumbai. Dhiraj rather than engaging himself in emotive upsurges delicately and patiently creates his own language of representation. The viewer does not see demarcated territories, geometric and pattern divisions, the consistent yet failing patterned grid, or maybe an unnerving puzzle at play, instead one is beguiled by the colors transforming from one destined frame to another.

There is a communication of connecting bodies. They are warm, succulent, and fervorous yet underneath they are established and stable. There is convenient relevance in the application by Dhiraj. The nebulous fervor is just tampered and fixated to a specified and defined space. Patience and compassion hold their reign. The contemporary forms on the Dhiraj’s canvas are not surficial but they go deep down to his roots and connection with a quilt that his grandmother stitched.

India is a land of multifarious cults, customs, and cultures. Although the peels have taken a toll, the myths supporting these customs had been narrated for invested benefits. The quilt is a thick blanket created by assembled stitching of the unwanted rags and clothes of the house. It was generally made by grannies. Dhiraj relates this quilt with the warmth he received from his grandmother. Nevertheless, the geometric pattern had inevitably impressions in him which today reflects upon his works. Dhiraj undoubtedly believes in relativity.